All the PMOI/MABLab was proud to host the 21th Journées Françaises de Biologie des Tissus Minéralisés in Boulogne-sur-Mer. You could find the programme here. As usual, there was very nice talks and full of scientific exchange. See you for the 22th JFBTM, from 31 March to 2 April 2021 in the beautiful city by the sea La Baule.

Unfortunatly, the congress is already over. You can have access to the program here. This congress was very exciting. It was opportunity to meet experts and the latests advances in the field of bone marrow adiposity.  See you at the next meeting, in 2017 at Lausanne (Switzerland). 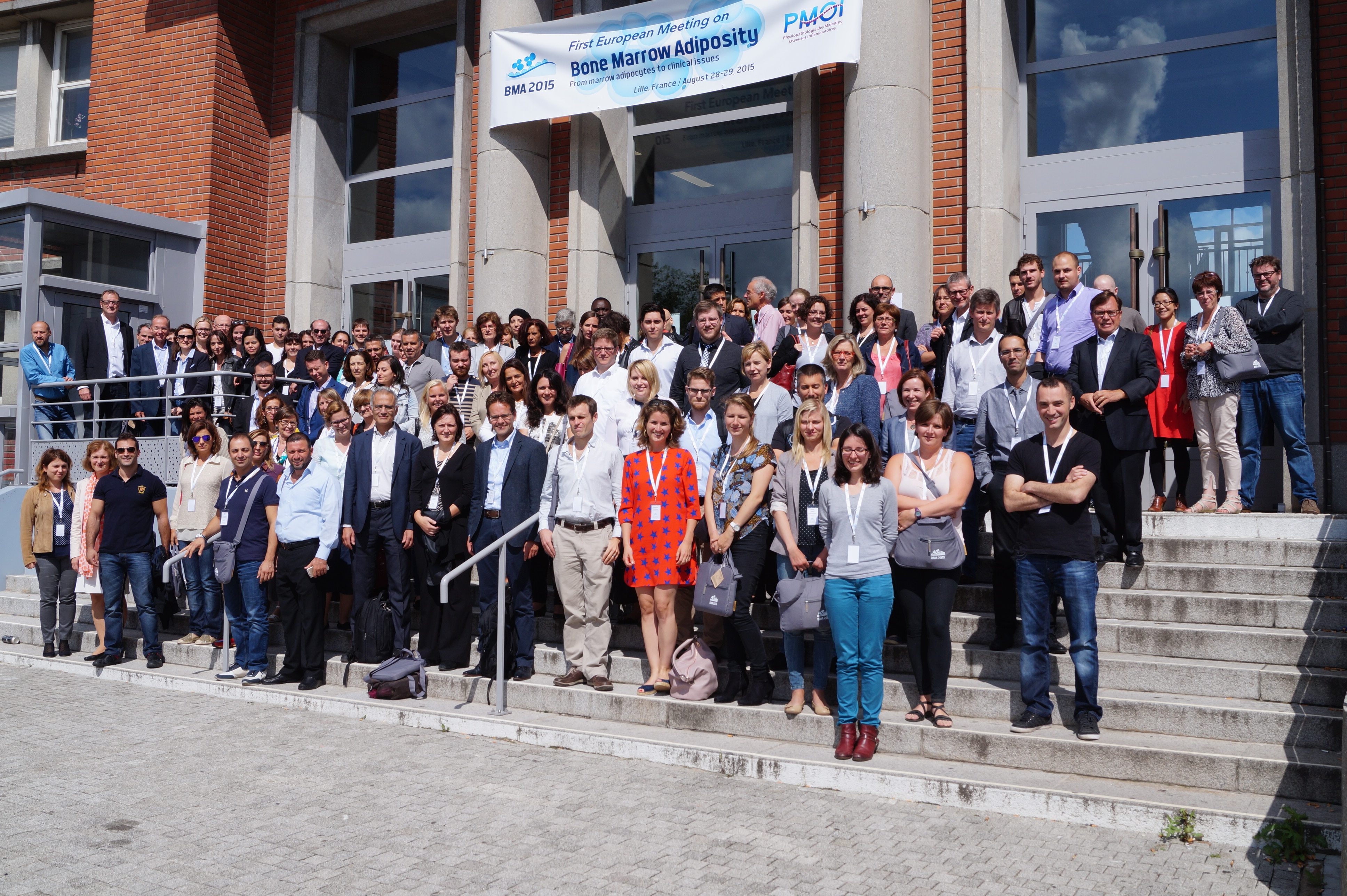 A two-day meeting on bone marrow adiposity (BMA) was held in Lille (France) on 28–29 August 2015. The meeting was co-organized by P. Hardouin and P.J. Marie and was hosted by the University of Lille. This is the first time that an international meeting covering all aspects of this emerging field was organized. The underlying idea was to give the opportunity for physicians and scientists interested in BMA but from different fields (cell biology, fat, bone, cancer, imaging, obesity and diabetes) to share their results and to exchange their views on this subject. There were over 120 delegates from fifteen countries who attended the two-day meeting. A paper presenting  a compendium of the presentations as summarized by individual authors was published (New insights into bone marrow adipocytes: Report from the First European Meeting on Bone Marrow Adiposity (BMA 2015).